Tuesday, December 15, 2020 Current Year Deadline Past, Check Website
Endorsement application deadline (optional, guarantees feedback and evaluation; can apply independently by final deadline): Dec. 15, 2020 (5:00 pm ET); Final Application Deadline for Graduate Fellowship: Jan. 27, 2021; Final Deadline for Undergraduate Scholarship: Feb. 3, 2021
Financial Need, First-Time Travelers, Foreign Affairs, STEM Majors or Interests
Boren Scholars may receive up to $8,000 for a summer program, $10,000 for a semester, or $20,000 for a year. Boren Fellowships provide up to $24,000 for overseas study (or up to $30,000 for a combination of domestic and overseas study) for students either applying to or currently enrolled in graduate school.

Can be used for

The David L. Boren awards includes undergraduate scholarships and graduate fellowships and are funded by The National Security Education Program, which focuses on geographic areas, languages, and fields of study deemed critical to U.S. National security. These awards provide American students with the resources and encouragement they need to acquire skills and experiences in areas of the world critical to the future security of our nation in exchange for their commitment to seek work in the federal government. The Boren awards are especially interested in applicants to the summer STEM Program, the African Flagship Languages Initiative, the Boren-ROTC Initiative, the South Asian Flagship Languages Initiative, and programs that will last at least one summer and one semester. 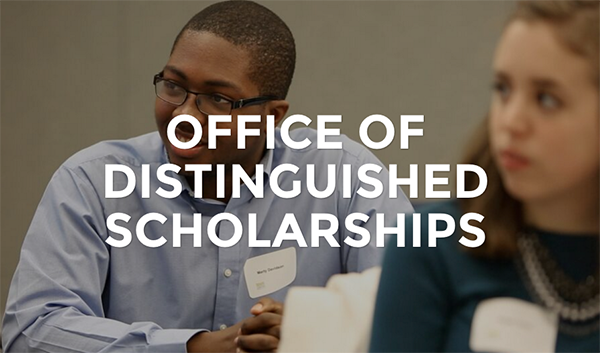 Get help finding and applying to the best opportunity for you!

The Global Guide walks you through the steps to identify the right opportunity for you and helps connect you to resources to help you put together a great application.